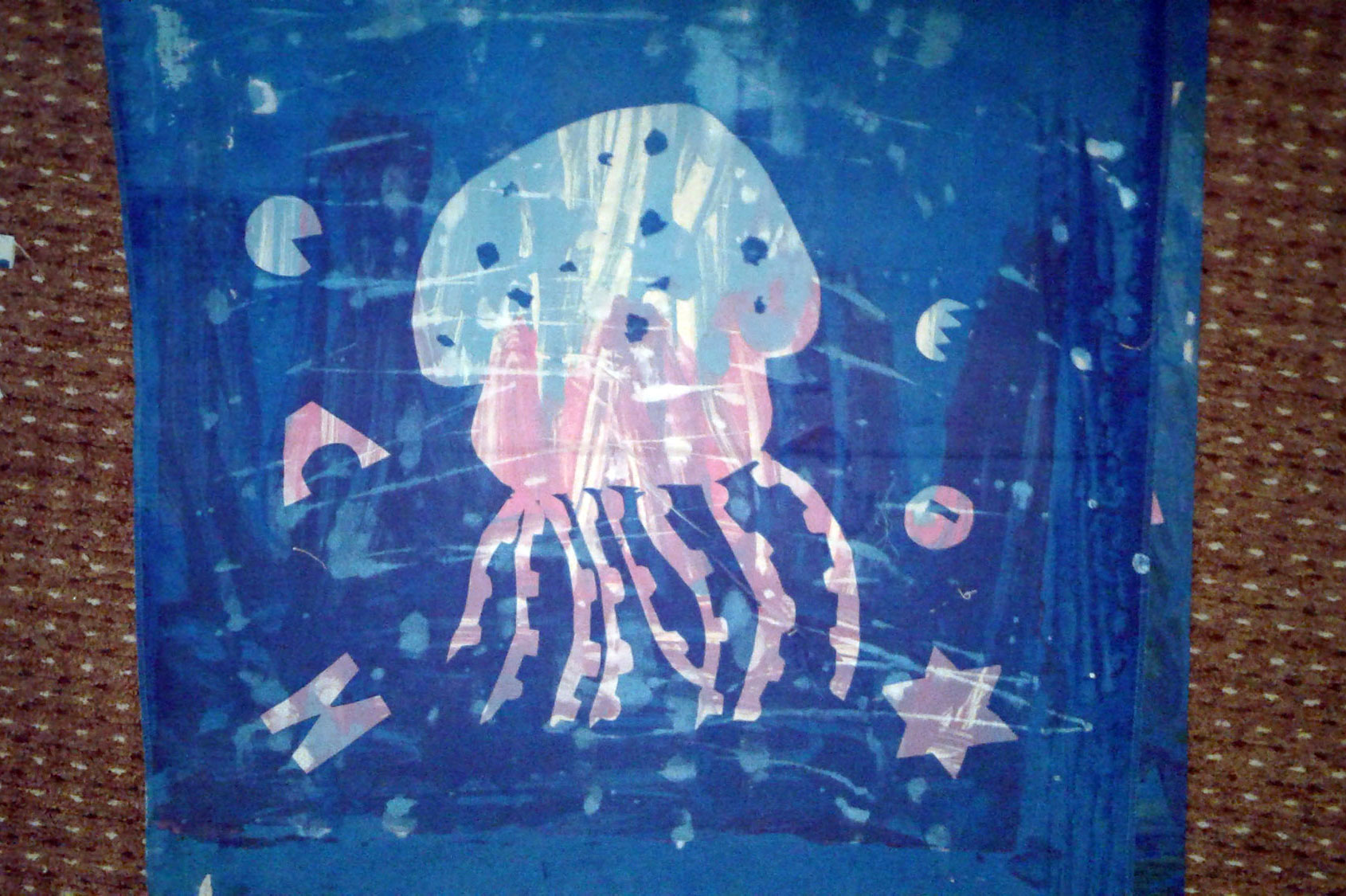 North Light Arts were asked to deliver the community project linked to the installation in the Battery on Victoria Harbour by artist Donald Urquhart.

We worked with children from the primary school to develop flags that focused on the theme of his steel cubes, plankton, a food source that can be found in the waters of the harbour as well as deeper seas.

Linda helped the pupils to learn about the plankton and their capacity to glow in the dark, by bringing in a sample from the harbour where they could see the placation for themselves. She helped them to draw their own idea of the miniature organisms then they turned the paper drawings into stencils for use in the screen-printing process.

Anna Davis then worked with them to make up the screens and print with the two colours they chose; first with luminous colours and then with the colour of the sea – lighter would depict nearer to the sunlight and the darker the colour the deeper into the sea.

These prints were made up into flags for an exhibition, which supported the Coast exhibition by Donald Urquhart. They were also used as flags in a community project before being returned to the school and the pupils who made then. 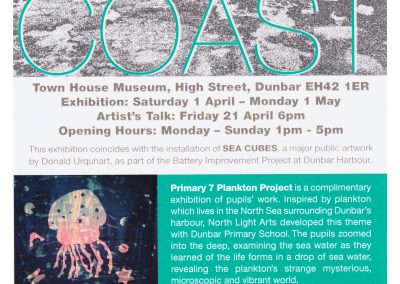 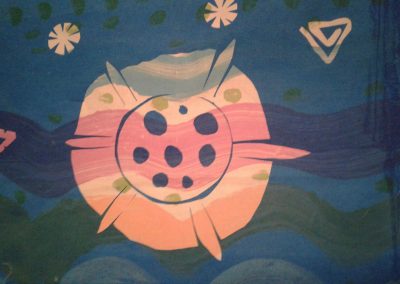 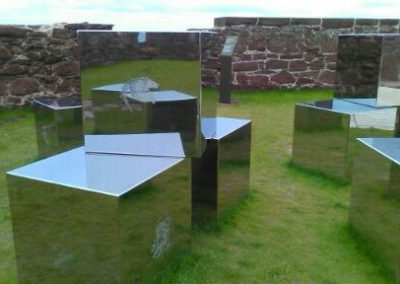 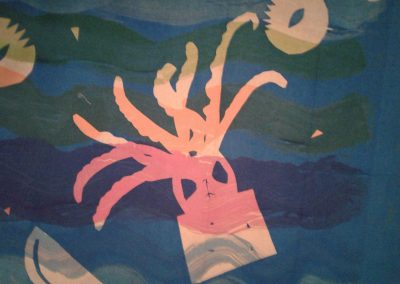