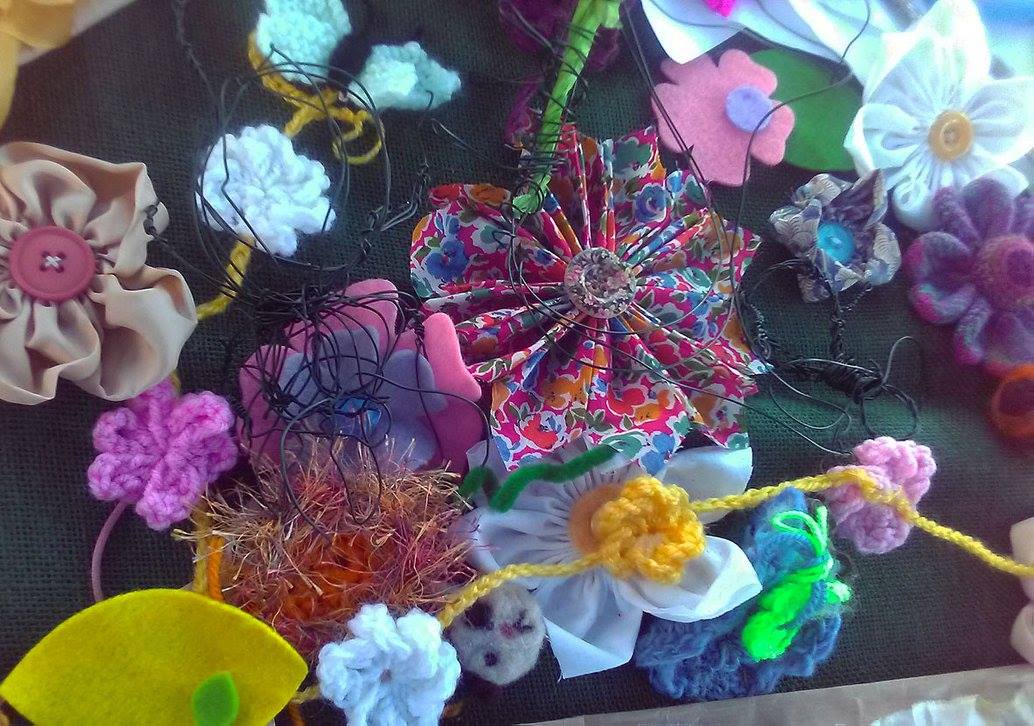 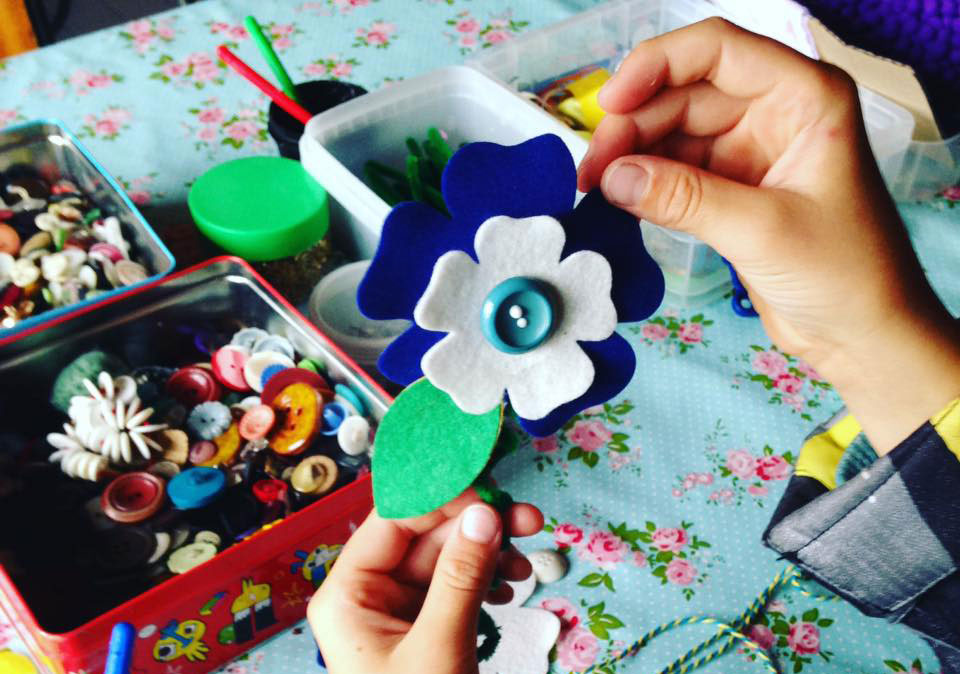 This was a project that developed out of the work of our artists in residence Kathy Beckett in the spring/summer of 2016. Working with The Ridge and the community she developed the plans that would guide the development of the Backlands garden from the wilderness that had grown out of the once fruitful gardens of Dunbar High Street flats.

The Ridge, artists and many volunteers helped to develop the space at the Backlands into the fertile vegetable garden it now is. Kathy worked to Tame Garden Lane and to create the community consultation that took place at her Town House exhibition, this laid the foundations of the Rainbow garden as a colourful and also useful space. Initially it was dug over by artist Hanna Ayre and it became the Rainbow Garden when it was planted with wild flower seed provided by Grow Wild (A Kew Gardens project). To add to these we also grew dye plants that would be used for inks, wool and silk dyes at a later stage.

Knitting the Rainbow Garden was a project aimed at getting the community to look more closely at the nature around them by encouraging them to make the flowers of the garden. This collective process produced many different outcomes including knitting, felting, natural Shibori dyed silks, sewing and also wire insects: all of these were to be used to decorate a large banner. Helped by Felicity Bristow we facilitated eight different workshops throughout the summer, each focussing on a new craft skill.

We took the banner to people at the Dunbar Music festival where families loved working together. Many collective hands sewed the flowers and wire insects onto the banner, which will be hung in the new pavilion. 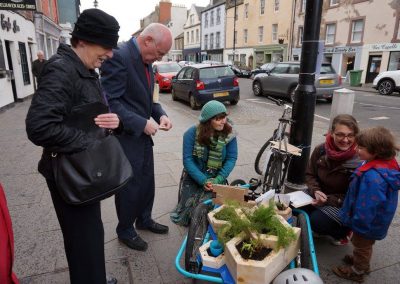 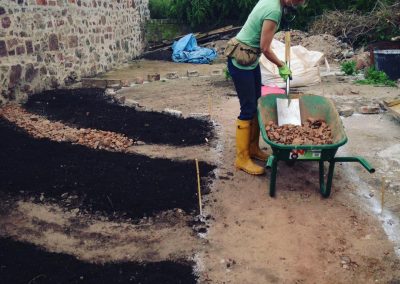 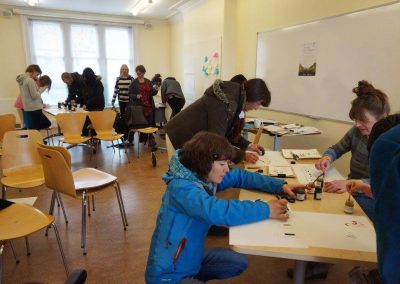 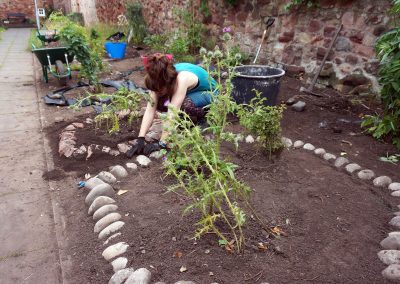 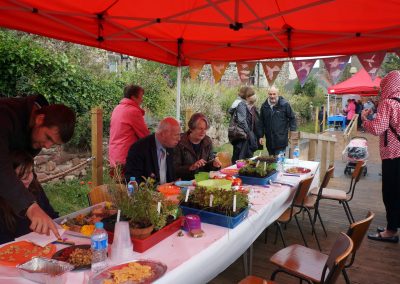 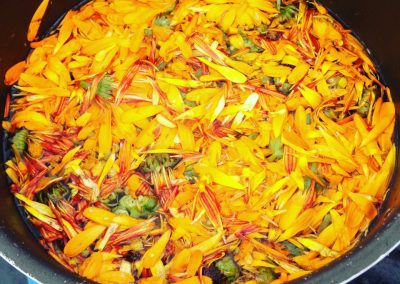 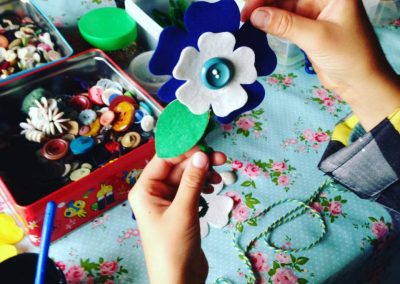 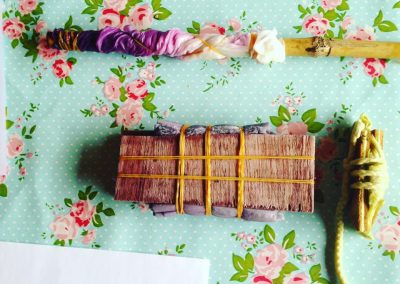