KEEPERS OF THE SOIL 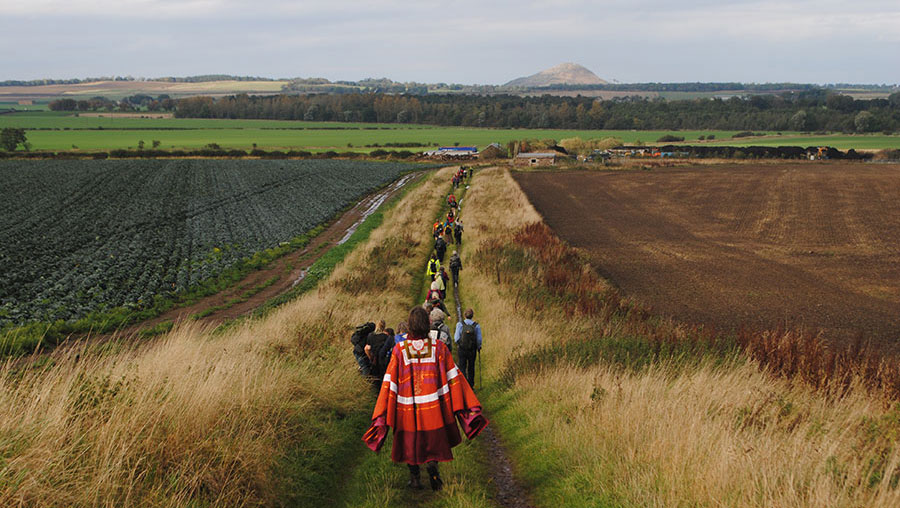 The Keepers of the Soil was conceived as a way to personify the incredible life supporting substance of soil in a participatory way. This project focuses on our relationship with the soils around us and tells their cultural, historical, arable and political stories rather than approaching soil from a science viewpoint. (Though soil’s enormous potential for carbon sequestration and water purification is acknowledged throughout this project).

A naturally dyed woollen cloth cape, embroidered with detailed imagery of soil inhabitants from microorganisms to mammals, plants and humans and the stitched diagram covering the back shows our vital dependence for food on this fast disappearing substance. Worldwide research shows that up to 40% of global arable soils are now contaminated, eroded or paved over, thus reducing our capacity to produce food.

The Keepers of the Soil was first introduced at the launch event for the Pilgrimage for COP26 during a special soil ceremony at the Dunbar battery on the 18th 2021.

The project surrounding the Keepers of the Soil cape aims to involve as many people as possible in the collecting of soil and sharing each of their stories through ‘For the Love of Soil- the People’s Collection’, a collection of soil samples to which anyone can contribute.

Some of the initial soils in the collection were collected during the Pilgrimage for COP26 artandecology.earth/pilgrimage-for-cop26 , which started in Dunbar and ended in Glasgow in October/ November 2021.

We collected sixteen soils from the Central Belt along the route, seen here in the documentation booklet at issuu.com.

Other soils are being collected as an ongoing process and you can see the stories about the soils here.

MAKING THE KEEPERS OF THE SOIL CAPE

The Keepers of the Soil acts as a framework to collect soil, celebrate soils, and open up conversations.

This hand made ceremonial garment, was named the Keepers of the Soil cape to evoke its place within the traditional practice of guardianship or caretaking. It was dyed by hand using madder root dye and lac dye, in collaboration with artist Kirsty Sutherland, expert in traditional plant dyeing techniques and then co-created with people from the local community of Dunbar, from children who couldn’t thread a needle before to seasoned embroiderers.

The imagery on the rear of the cape shows the fundamental interrelationship between the living inhabitants of a healthy soil and ourselves, a version of the soil/food web. Interwoven into this image are the four main staple crops of the globe, potatoes, wheat, rice and soya. Some of this image is missing to reflect the 30-40% of global agricultural soils which are already degraded and unusable for growing food due to toxins, erosion or urban development.

As Clive Adams and Dr Daro Montag point out in their introduction to their excellent book: “Soil Culture” :

“The linking of the words SOIL and CULTURE may seem strange, but it should be remembered that the word CULTURE was originally used in the AGRICULTURE sense and it was only from the 16th C that it increasingly came to be used figuratively: as the soil was improved by good husbandry, so the mind was improved by education and the arts. Perhaps it is now time to help put culture back into the soil?” 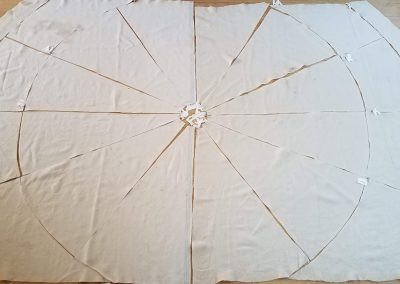 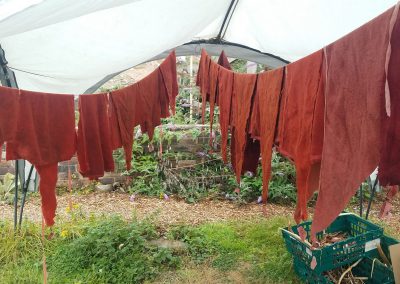 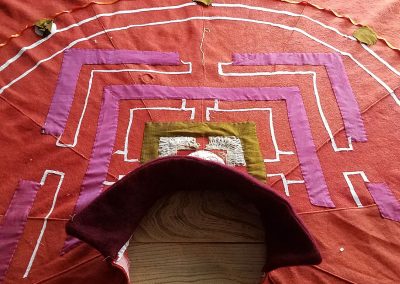 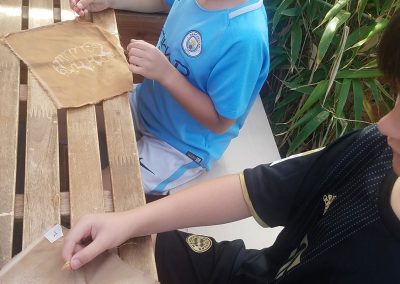 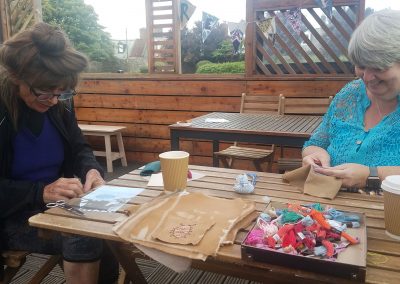 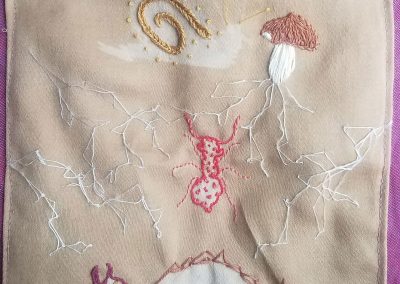 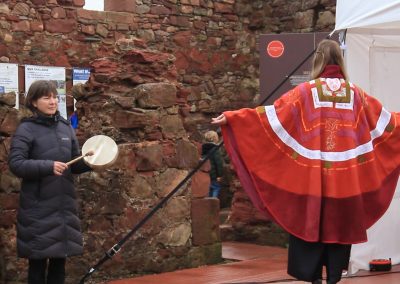 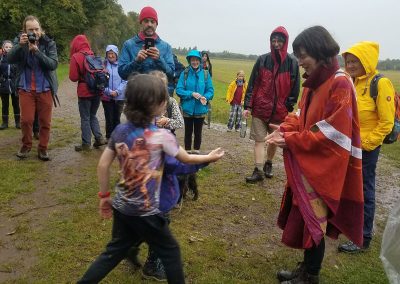 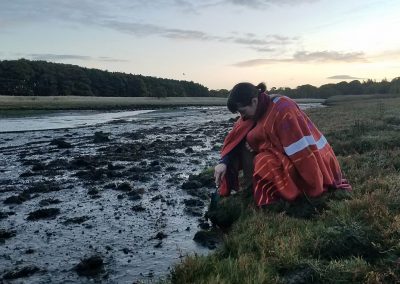 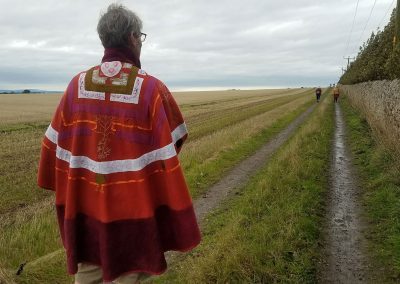 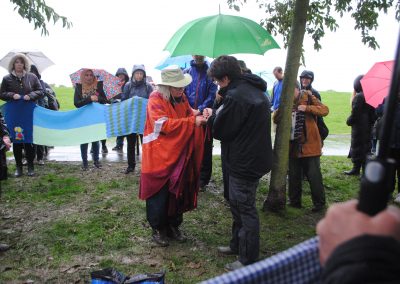 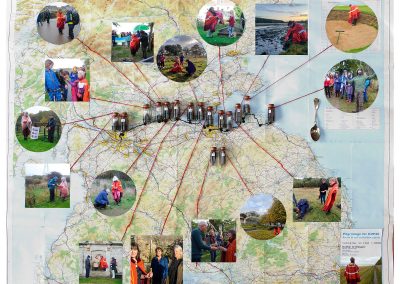 ← FOR THE LOVE OF SOILS | A PEOPLE'S COLLECTION